Project Harar is a British Charity which provides access to treatment for patients with facial deformities living in rural areas of Ethiopia. The charity was started over 10 years ago and has since helped thousands of rural patients to get surgery. The caseload consists largely of patients with cleft lip and palate who are brought to the capital to receive treatment from the experienced Ethiopian Cleft Surgeons.

Cleft lip is not the only facial pathology encountered however, and each year the rural outreach officers find patients with severe facial deformities who are unable to receive treatment from the Ethiopian Health System due to the lack of specialist equipment and expertise. A European medical team comprising plastic and maxillofacial surgeons, anaesthetists and specialist nurses travels to Ethiopia annually for a two month period to provide assistance with these complex cases.

I have been involved with this charity since my final year elective as a medical student where I conducted some research in to the effectiveness of cleft lip surgery in the rural Ethiopian population. I was invited this year to work as a junior doctor for two weeks during the complex facial mission with the task of preparing the patients for evaluation by the facial surgeons.

Preparation for the project began months in advance so that the surgical process would be able to run smoothly and efficiently in a resource-poor setting. I knew from prior experience that I would need to be able to clerk roughly 50 patients in a 2 day period with the help of local translators. To make this task easier and quicker I designed a clerking proforma with head and neck schematics based on clerking proformas I had used in my foundation training at Bristol.

The main items of equipment for me to take (aside from scrubs, stethoscope and oxford handbook) were toys. Friends and family were extremely generous at providing heaps of blowing bubbles, colouring books and harmonicas which predictably were received with tremendous enthusiasm.

The patients were brought from their rural villages by minibus to a rehabilitation centre 1 hours’ drive west of the capital, Addis Ababa. The centre was set up by Leonard Cheshire 50 year ago, originally for polio patients, and is an area of tranquillity and serenity. The rainy season had just begun so flowers and trees were bursting into life in a magical array of colour.

When the patients first arrived their body language was striking as each had a stooped posture and most covered their faces with a shawl (see Figure 1). The stigma accompanying severe facial disfigurement is huge and so many of these patients had been unable to interact within their rural societies and as a consequence had become socially withdrawn. There was a stark difference after only a few days of being in an environment where these patients were suddenly normal as everyone else around them had similar facial deformities. The shawls began to drop and laughter filled the area from dawn until dusk as the patients played games in the quad with seemingly insatiable energy and enthusiasm. 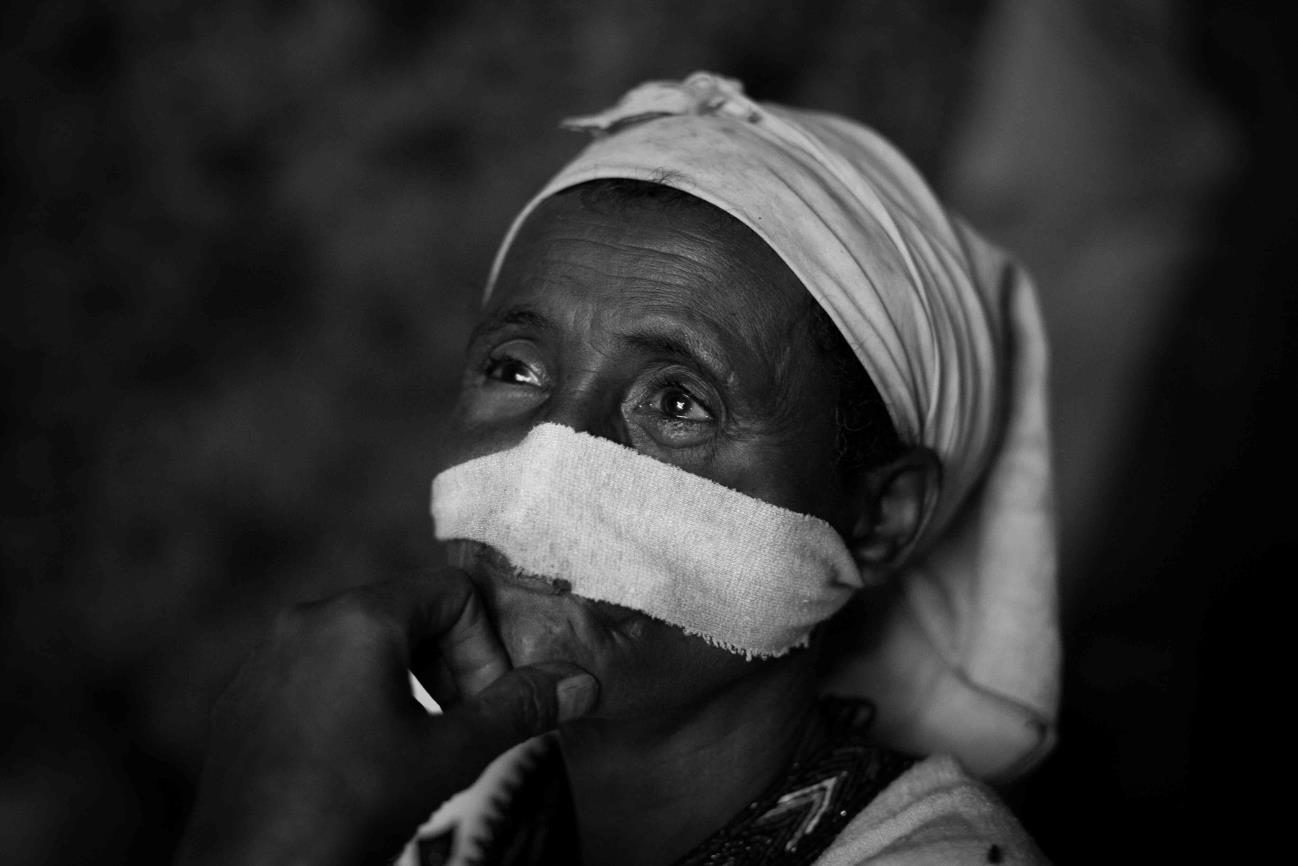 Figure 1: A 42 year old lady who always covered her face with a sash due to feeling ashamed about her appearance.

45 patients were gathered at the rehabilitation centre and each was interviewed and examined (see Figure 2). The ages of the patients ranged from 5 to 45 years, they spoke an array of different local languages (sometimes requiring up to 4 simultaneous translators!) and all were from poor rural farming families. Whilst the range of diagnoses was vast, the recurring theme was that patients had endured their facial lesions for many years, meaning that the pathologies were often advanced and debilitating. 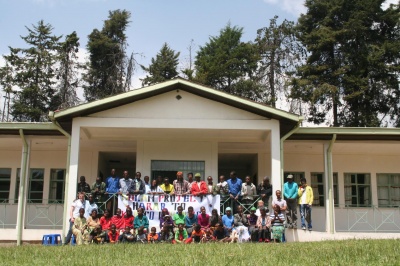 Figure 2: The 45 patients gathered at Cheshire Rehabilitation Centre in Ethiopia accompanied by the Nursing Staff and Junior Doctors.

Some patients had benign bony tumours of the mandible or maxilla that had often grown to an enormous size over the period of a decade (see Figure 3). These patients required CT scans to help decipher the tissue involved and plan for the operation. Obtaining a CT scan in Addis Ababa was an adventure as the scanners are hidden away separately in private clinics down dusty mud roads. 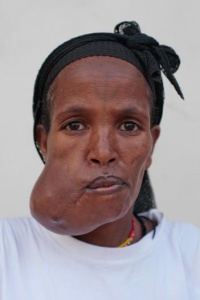 Figure 3: This 30 year old lady suffered from a benign bony tumour affecting the mandible called an Ameloblastoma. It had grown progressively over the last 12 years

Some patients suffered from a flesh eating facial gangrenous infection called Noma (see Figure 4). This disease process involves the invasion of normal oral bacteria in malnourished children, in which the immune system becomes overwhelmed. The resulting loss of facial soft tissue leaves a horrific aesthetic appearance and patients struggle with daily functions such as eating and speaking. 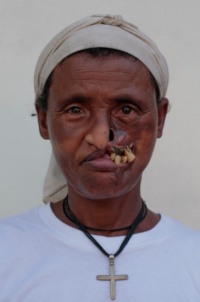 Figure 4: This 42 year old lady (as seen in figure 1 with her shawl on) suffered the consequences of Noma. This devastating facial gangrene had ‘eaten away’ at her left cheek 30 years ago to expose the teeth.

Two young patients presented with lumps between their eyes which had grown progressively since birth (see Figure 5). CT scans of these lesions revealed direct connection with the cranial cavity therefore a diagnosis of encephalocele was made followed by a swift referral to the neurosurgical team. 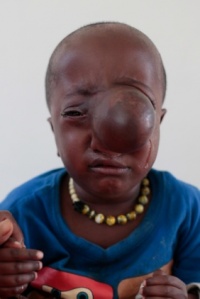 Figure 5: This 5 year old boy was diagnosed with an encephalocele and operated on by the neurosurgeons. The lesion (full of pressured CSF due to an underlying hydrocephalus) had grown so much that the left eye had been obscured.

The operations were incredible to witness because of the extraordinary pathology and the resulting excited buzz from the throng of multinational surgeons eager to play a part (see Figure 6). Two operating theatres ran side by side, one for the plastic surgical team and the other for the maxillofacial surgeons. A Dutch couple were in charge of anaesthetics and had an eventful time as most patients required nasotracheal under direct laryngoscopic guidance due to the common presence of oral pathology. The operations were often complex and required improvisation to overcome severe reconstructive feats. Technical tips and words of advice from the professors were translated through a few different languages so that everyone could understand and make the most of the opportunity. 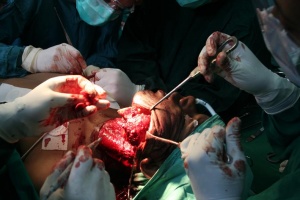 Figure 6: This young male patient is having half of his jaw removed due to a large tumour involving the left mandible. The jaw would be reconstructed using an autologous rib graft (using 2 of the patients own ribs).

Postoperatively the patients were cared for on a hospital ward run by two British plastic surgery sisters with the help of a team of ice-cream making Ethiopian catholic nuns (see Figure 7). The patients typically spent a few days on the ward after their operation before going back to the rehabilitation centre to gain strength before being discharged back to their village. Follow-up was arranged with the local plastic surgeons and at 1 year with the international team. 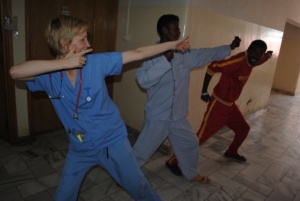 At night, after a long day in the hospital the team would get together and head out to watch some music and have some food. This was an essential part of the day and provided a great atmosphere for everyone to get to know each other and have fun. The highlight was an evening with the British Ambassador who got wind of the project and invited the team round to his residence for a drinks reception (see Figure 8). It was fascinating to meet him and the political community of Ethiopia but most surreal to eat Yorkshire pudding canapés in the middle of Africa! 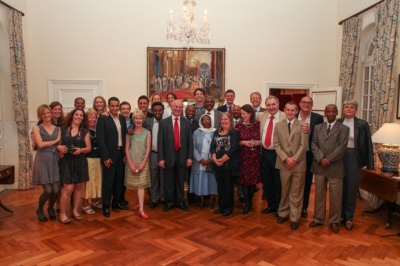 Figure 8: The Project Harar team at a reception at the British Embassy in Addis Ababa.

It was an extraordinary and unforgettable experience to be part of this facial reconstruction project in Ethiopia. To live and work amongst the Ethiopian patients and staff was a joy with lasting friendships made. Surgical missions have received criticism in the past for being ‘safari’ trips for the surgeons involved, with more complications created than solutions. To overcome these negative aspects of western involvement in African countries the Project Harar Charity has placed emphasis on collaboration, local capacity building and the sharing of experiences rather than a head count of patients treated. Continuity of care is provided with a similar team returning annually, a rigorous follow-up system in place for the patients treated and an active training scheme for local staff to use the new equipment provided it seems as though the positive aspects shine through. It will be fascinating to see the patients next year to find out how they have got on in their rural village after their operation.